The summer months have always been the best time of the year for many of us, simultaneously erasing all the memories of trudging through the cold, wet, snow covered ground, letting us shed our heavy coats and allowing us to revel in the warm glory of the sun. Summer is the time of year where everything blooms in color; the sky glows a heavenly, yet sharp shade of blue, the trees and grass bloom into blissful shades of green. Our emotions often blossom and are more colorful during the summer – love, loss, letting go, desperation, persistence, and a greater sense of the world around us all seem to flourish and thrive in the heat, and often, when the sun finally sets on a long, hot afternoon and gives way to a beautifully clear summer night, you just want to bask in that red-orange glow forever and forget everything else.

If one was going to describe the sound of California based duo Best Coast, you would probably think of all of these aforementioned colorful and distinct feelings that summer brings with it. Combining Bethany Cosentino’s soaring vocals alongside Bobb Bruno’s unbelievable knack for driving home a melodic, poppy hook, the summery-nature of the bands’ releases have defined the duo’s guitar driven sound. Best Coast garnered an overwhelming amount of attention four years ago with their reverb-soaked debut, Crazy For You, but since then, they have not received nearly as much consideration, especially since their sophomore album, The Only Place, failed to resonate as well with their fan base due to its cleaner, polished sound courtesy of producer Jon Brion. This stripped-down production, along with overwhelmingly personal lyrics courtesy of Cosentino made the album tough to listen to, and simultaneously an uncomfortable experience for most listeners. 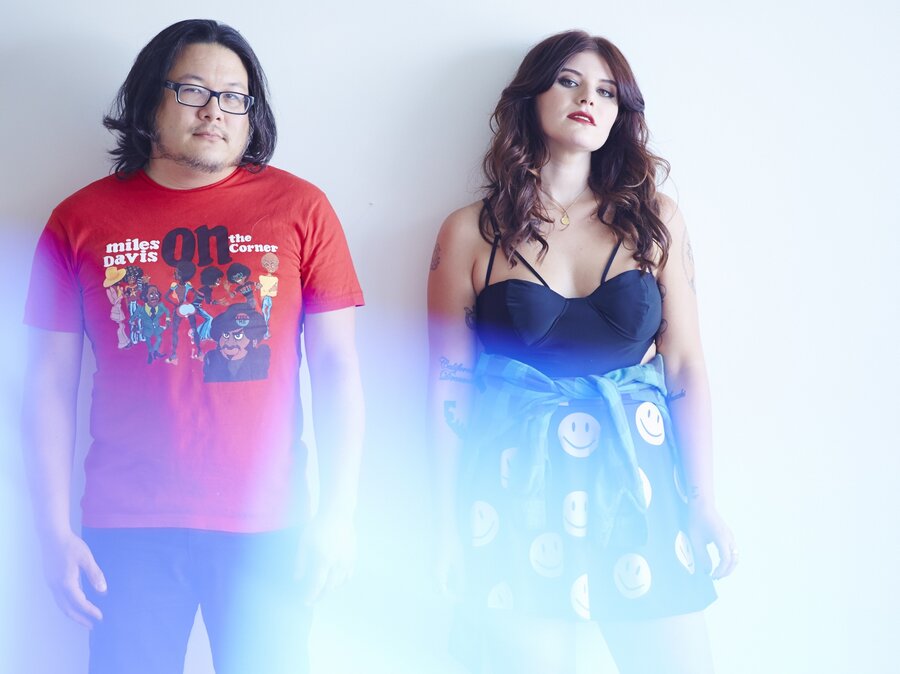 It could have easily been the end of the road for Best Coast after The Only Place failed to match the acclaim of its predecessor. Thankfully, with their third studio release, the mini-album Fade Away, it appears that this may be only the beginning of greater things to come for Best Coast. At only seven tracks with a total running time of less than half an hour, Fade Away effortlessly merges the sounds of the band’s two previous studio releases, combining the incessant melodicism of their first release with the cleaner polished sound that they turned towards on their second. Cosentino’s voice is as strong as ever here, no longer hiding behind layers of overdubbed guitar and instead adding depth to the duo’s songs by strongly and confidently soaring on tracks like on the soaring “Jumper”-esque chorus of “Who Have I Become,” the self-doubting, but ultimately redeeming lyrical topics that line “Fear of My Identity,” and the slow burning title track where she belts “I could stay/I could stay/but it’s best to go away/I won’t change, I’ll stay the same/darling fade away” over a driving guitar line. The other tracks on the mini-album highlight the duo’s true talent: the fuzzy guitars of “This Lonely Morning” and “I Wanna Know” serve as a great one-two punch that clearly define the rest of the release – bright, sunny, and well-defined hooks, merging flawlessly alongside Cosentino’s stand out vocals. Unlike their previous releases, Fade Away does not overstay its welcome – from front to back the album is remarkably consistent; the two songs that close out the album, which include the lingering country-tinge of “Baby I’m Crying,” and the rollicking closer “I Don’t Know How,” serve as a great way to end the mini-album on a wonderfully high note, despite the repetitive nature of the latter.

If there is one place where there lies some imperfection on Fade Away, it is in the lyrics, which are often simple and repetitive. Nearly all of the songs feature some sort of simple repetition in their choruses, however, there has been some growth on that front as well. Despite the simplicity of the lyrics, Cosentino gracefully touches on her emotions and personal experiences while never overstepping the line that made their first two albums overwhelming and sometimes tiring. It is clear that Fade Away represents Best Coast’s greatest collection of songs to date, combining all that they have learned over the past four years into an easily digestible and simultaneously stunning “mini-album” that warrants repeated listens. What lies in the future for the duo of course remains to be seen, but if the spectacular results of Fade Away are any indication, Best Coast may not be ready to fade away like those long summer nights, at least not just yet.