Before streaming services dictated which artists were popular and had the most chart success, an artist would often cross the line from the world of indie or alternative and into the world of pop. Every spring or summer, like clockwork, relatively obscure artists like Foster the People, Gotye, Hozier, MAGIC!, and DNCE would find overnight success. You can chalk up this weird, yearly occurrence as some combination of plain old luck, and the fact the way that radio playlists were created. While striving for more variety in their standard playlists to appeal to a wider range of listeners, radio stations (and labels) would usually push a couple of indie artists via heavier promotional efforts than normal. When streaming became more of a factor in determining the reach of a particular song’s and its ultimate success, these sort of indie band crossovers died out for the most part.

fun., a trio made up of performers who were previously all in less successful indie acts, became popular in this same way, riding a sudden wave of promotion to chart and commercial success during the spring of 2012. Most people remember fun. for their biggest hit: “We Are Young,” a booming, anthemic song about living life to the fullest while there’s still time. It turned up just about everywhere for a few months after its release, so its not surprising that most people only recognize the band’s name because of that song in particular.

But, fun. is about so much more than being a flash in the pan. To those who followed the genre, fun. was an indie super group. Comprised of Nate Ruess (the Format), Jack Antonoff (Steel Train), and Andrew Dost (Anathallo), the band came together in early 2008 after the Format split at the behest of Ruess, who knew Dost and Antonoff from touring. Months later, the band created their first album, Aim and Ignite, a superb collection of indie pop tracks that garnered a fair amount of acclaim. But, the positive feedback that Aim received was nothing compared to what was about to happen. 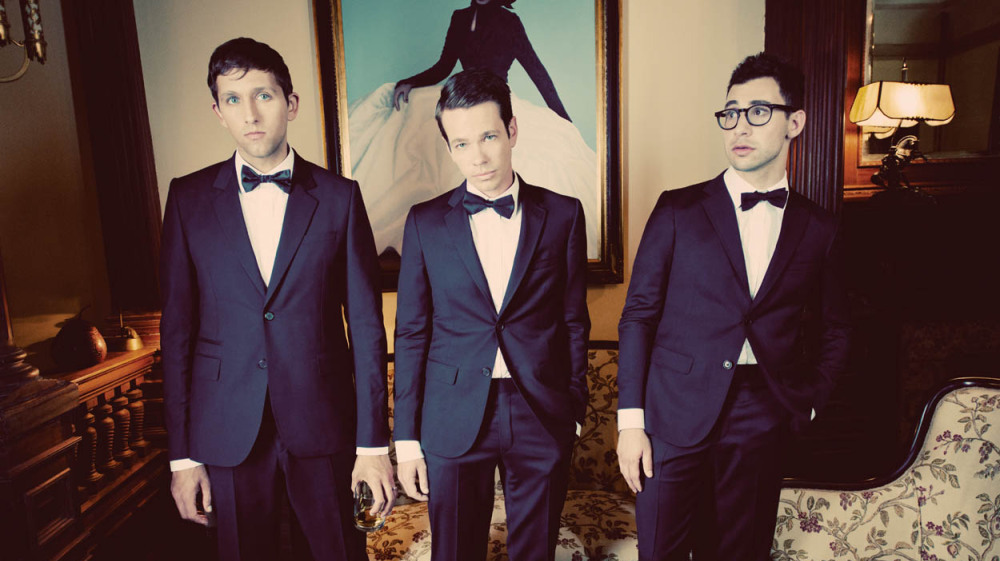 Two major events occurred during the development of fun.’s follow up to Aim and Ignite. The first was the band signing to Fueled By Ramen, a major label who could provide the band with a higher level of marketing. The second was Ruess’ ability to recruit producer Jeff Bhasker, known for his work with hip-hop and R&B artists like Kanye West and Beyonce, and especially noteworthy for his distinctive way of producing beats and percussion.

With major label support and a high profile producer in tow, fun. went to work on what would eventually become Some Nights for most of 2011. In September of that year, the band released “We Are Young” to little fanfare outside of some regional play. But, thanks to some fortunate and timely marketing – namely, the song being covered on the show “Glee” at the height of its popularity, and high profile play time in a Chevrolet commercial that aired during the Super Bowl, the song rapidly jumped up the charts in the Spring of 2012 and, would stay at the top of the Billboard Hot 100 for six weeks. The other singles released from Some Nights also fared extremely well, with the title track becoming a sleeper hit for months before finally peaking at #3 for six non consecutive weeks during the fall of that year. Two Grammy wins in early 2013 for Best New Artist and Song of the Year for “We Are Young” capped a remarkable twelve months for the band.

I was well aware of fun. before they hit their stride (I hate saying that, but it happens to be true). My girlfriend introduced me to Aim and Ignite during the Spring of 2011 when we first started dating. A few months later, fun. went on tour supporting Panic! At the Disco at the House of Blues in Boston, and they played a short set that mainly consisted of tracks from Aim and Ignite, but also played “We Are Young” – months before its official release. The crowd supported them, but the vast majority of the people who had bought tickets were there to see Panic, so while the reception was good, it wasn’t overwhelming.

Less than a year later, fun. came back to the HoB – this time as the headliner – in support of Some Nights. This time, they sold out the venue on the strength of their own popularity, and now had thousands of people singing the same songs from both of their albums back at them. The look on Nate Ruess’ face during that second show, one of pure joy, gratefulness, and sheer awe, will remain with me as one of the most genuine moments that I’ve ever seen at a concert.

You would think with not one but two certifiable hits, fun. would try to capitalize on their success. But the opposite occurred – all three members began working on their own projects, and there’s been no word on when (or if) fun. will ever reunite. Ruess went solo, most notably featuring on another #1 hit, Pink’s “Just Give Me A Reason” in 2013, and has released one solo album under his name. Meanwhile, Jack Antonoff has become one of the most prominent names in the world of music, fronting his own indie project, Bleachers, and releasing two albums under that moniker, the impeccable Strange Desire in 2014 and the single-heavy and more personal Gone Now. But, Antonoff has become more famous for his high-profile work as a producer, working with some of the biggest names in pop, including Taylor Swift, St. Vincent, Grimes, Sara Bareilles, and Lorde.

Fun. will forever remain enshrined as one of the biggest bands of the early 2010s despite the fact that they became famous due to a combination of sheer luck, fortunate timing, and a slew of promotional efforts by their major label. In a couple of years, you’ll probably see fun. listed as one of the biggest one hit wonders of the decade, even though that technically isn’t the truth. Fun. was the last of a dying breed; widespread, mainstream chart success for homegrown indie bands in general is probably over for the most part, given the way that the music business, trends, and tastes have changed in the last five years. That doesn’t mean that we can’t appreciate fun. for who they were – a trio of extremely talented artists and songwriters who came together for a short period of time to create something that a lot of people could get behind, and maybe that’s enough.